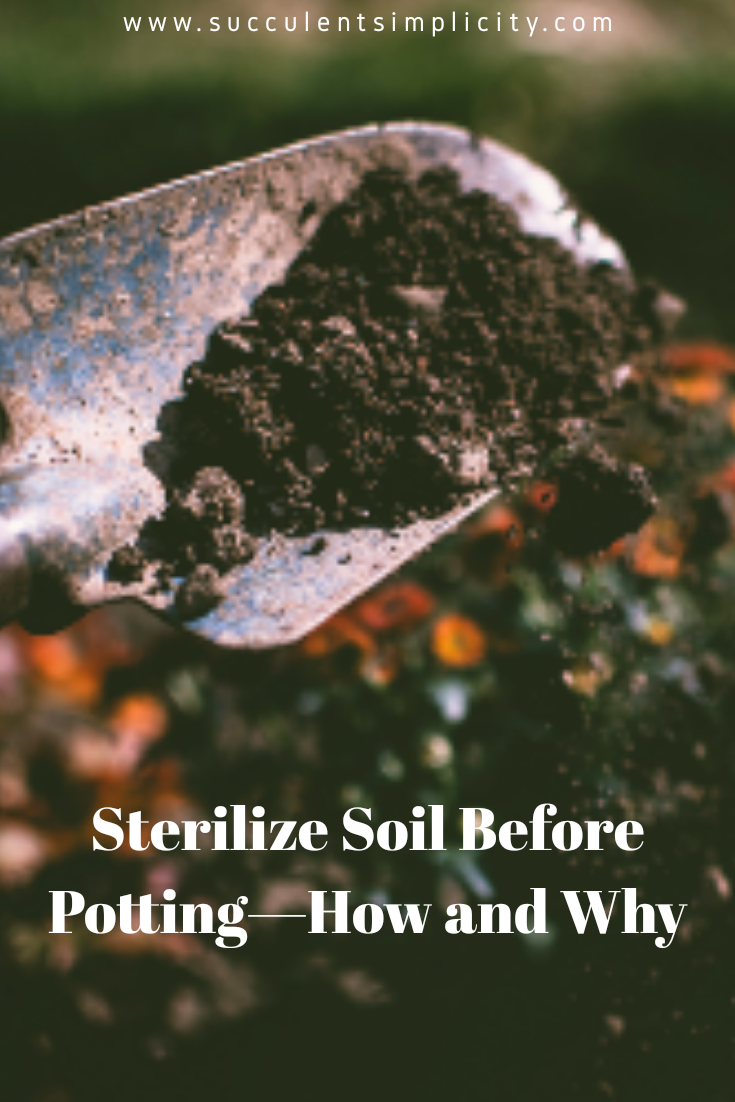 Why would you sterilize soil?

Taking the precaution to sterilize soil can kill off insect eggs, fungi, and bacteria that could potentially cause harm to your plants.

In my previous post, why-all-of-my-succulents-almost-died-and-what-i-did-to-save-them, I discussed needing to re-pot my plants because of over-watering, root rot, and an infestation of mealybugs. I didn’t want to run into the same problems with bugs and bacteria. This time, I decided to sterilize the soil first.

If you were potting some plants and ran out of fresh dirt, you can sterilize the old soil to make sure no contaminants are living in it before reusing.  Because I was weary over my recent bout with pests, I was using a fresh new bag of Miracle-Gro cactus and citrus mix the when I decided to try soil sterilization, but you can also use this method to freshen up old soil before re-potting.

Okay, so how do you sterilize soil?

Basically, you’re making it so hot that no contaminants can survive. The best way to sterilize soil at home is by steaming it in the oven or on a grill. Steam sterilization is also popular in commercial farming and greenhouses, but they have a better method for doing it on such a large scale. You’ll accomplish this by adding a little water and some heat.

Have you tried this, or do you know of any other methods you’d recommend for sterilizing soil? Please let me know how it goes in the comments below.